October 2021 Book of the Month 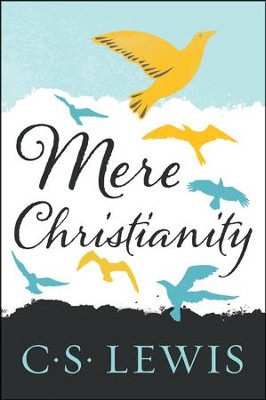 October 2021 Book of the Month

This is a must read for all Christians. It is so simple to read but you would have to read it again and again because each sentence, each paragraph, and each chapter is so profound and deep so that you have to digest it again and again.

This was one of the first books that I read when I first became a Christian. And, even now, after all these days, Mere Christianity is a book that I still turn to for insight.

Listen to the following synopsis and introductions:

"Arguably the 20th century's most influential Christian writer, C.S. Lewis sought to explain and defend the beliefs that nearly all Christians at all times hold in common. His simple yet deeply profound classic, originally delivered as a series of radio broadcasts, is a book to be thoroughly digested by believers and generously shared with skeptics."

"C.S. Lewis employs logical arguments that are eloquently expressed. He describes those doctrines: Original sin, the transcendent Creator God, and the divinity of Jesus as well as his atonement and bodily resurrection."

May this book stretch your mind. May this book increase your love for our Savior and Lord who gave Himself up for you as a substitutionary sacrifice, taking the punishment we deserve!

More books from C.S. Lewis to follow (Narnia, The Screwtape Letters, and the Weight of Glory, for example!).

P.S. If you need assistance in purchasing the books from the "Book of the Month," please email admin@oikosla.com